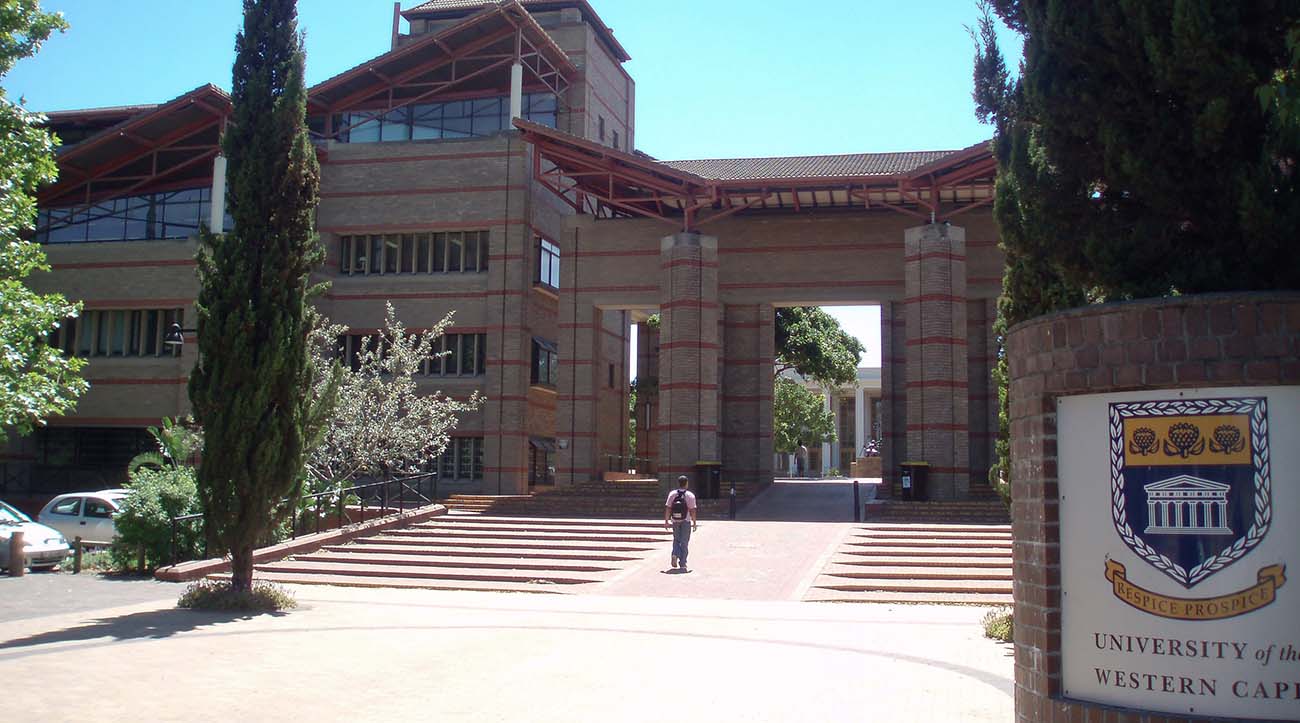 Building careers for young talent, one student at a time!

Despite her diminutive stature, Nazrana Parker  is doing great things in her role as the Careers Service Coordinator at the Office for Student Development, University of the Western Cape (UWC).  We caught up with Nazrana to learn more about the important contribution she makes in preparing UWC students for their job-search and the world of work.

Nazrana is a born and bred Capetonian – she studied her Bachelors of Social Sciences in Social Work and Master’s in Social Development at UCT and then worked as a Programme Coordinator and Case Manager for “Big Brothers Big Sisters SA” – an international mentoring programme that provided mentoring role models to children and youth across South Africa.  She simultaneously lectured and supervised social work students at Stellenbosch University and the University of the Western Cape and it was via these working relationships that she developed an interest in the higher education sector and joined UWC as the Careers Service Coordinator more than nine years ago.

More than 60% of UWC students are first-generation university students and, as such, require additional support when preparing for their job search and developing their much needed networks to tap into when seeking employment once they graduate.  Careers Service forms part of the Office for Student Development and their responsibilities include student orientation, SRC elections, careers service and coordinating several business challenges for the benefit of students.  UWC has a student population of more than 20 000, with an annual student intake of over 4000 students.  The University has a strong reputation for its courses in Finance & Investments, Dentistry, Pharmacy Astrophysics, Computer Science, and Nanotechnology amongst other fields.  UWC remains committed to granting equitable access to quality higher learning and improving the lives of individuals from all walks of life. This means that one of the key challenges faced by the Office for Student Development is thus ensuring they increase the depth and breadth of Careers Service instruction to their students. The Office for Student Development, in 2017, subsequently  launched a new online careers service platform for students and alumni, a project that Nazrana has motivated and driven and which has led to her discovering her ‘tech savvy’ nature.

As Nazrana so eloquently puts it, “we are known for doing much with very little!” Since 2013, UWC Careers Service has consistently featured in the Top 7 of “Best Career Service” and “Best Career Fair” categories in the South African Graduate Employers Association Employer Survey and were joint winners of the SAGEA Award for ‘Best Employability / Work Readiness Initiative’ at the 2015 SAGEA Annual Awards despite having only one full time Careers Service staff member in the Office for Student Development.

Undaunted by the challenges, Nazrana remains passionate about what she does – making a small difference in the life of a student and being able to guide and advise students in terms of their job search maintains her buoyancy.  Students often first let Nazrana know that they have been selected for an interview or landed a job – before they have even told their parents!  She is also inspired by the courage and tenacity of students who overcome great odds to achieve their dreams.

There is no such thing as a “typical day” in Nazrana’s role – however, her time is primarily spent  planning career events, liaising with recruiters and helping them plan and strategise their events at UWC, reviewing student CV’s and providing them with feedback and improvement tips, facilitating job search skills workshops, mock-interviews and presentations.  She also allocates time for student walk-ins, consultations and producing material for the University’s Career portal, YouTube channel and Career Magazine.

As job search preparation requirements have changed over time – students are encouraged to be less linear in their thinking when it comes to their career goals and Nazrana has thus focused her efforts on helping students see and in turn create new possibilities in their careers. Helping students understand that employers are more interested in the person than the degree itself, is vital.  A key feature of UWC has been the introduction of a Co-Curricular Record – students are encouraged to extend their university education beyond the lecture halls and to get involved as tutors, mentors, participate in any of the 15-20 sporting codes on offer, student structures, work-study programmes and community outreach initiatives in order to develop as critical and responsible citizens, who can contribute to the social and economic wellbeing of society.  Records of this kind of extra-curricular involvement are maintained and students can request a co-curricular transcript which has been vetted by the University which  can then be added to their portfolio.

Nazrana is a firm believer in the notion of study from “cradle to grave” and somehow finds the time to study Arabic on a part-time basis.  She has also been working on a proposal to pursue her Doctoral studies in Higher Education in which she intends to focus on the importance of developing job search skills among university students.  She is strongly family-oriented.  She has a global family and has had the opportunity to visit India to explore her ancestral roots as well as explore Turkey and Saudi Arabia.  Maintaining a balance is not always easy but spending time in and appreciating nature is a great de-stresser for Nazrana.

Looking back on her career, so far, there is not much that Nazrana would change – perhaps a deeper sense of self-belief, increased confidence in herself and an ability to trust her gut more frequently would have been useful early on – but those are lessons we tend to learn along the way.  Her colleagues would describe her as: “passionate,” “a doer” and “someone who is eager to learn and create”.  She has often surprised herself in terms of her abilities and has certainly achieved more than she ever dreamed possible.

We think UWC students are fortunate to have Nazrana at their disposal – she is certainly a real person, doing real things to build careers for young talent, one student at a time.

That is what learning is. You suddenly understand something you’ve understood all your life, but in a new way.