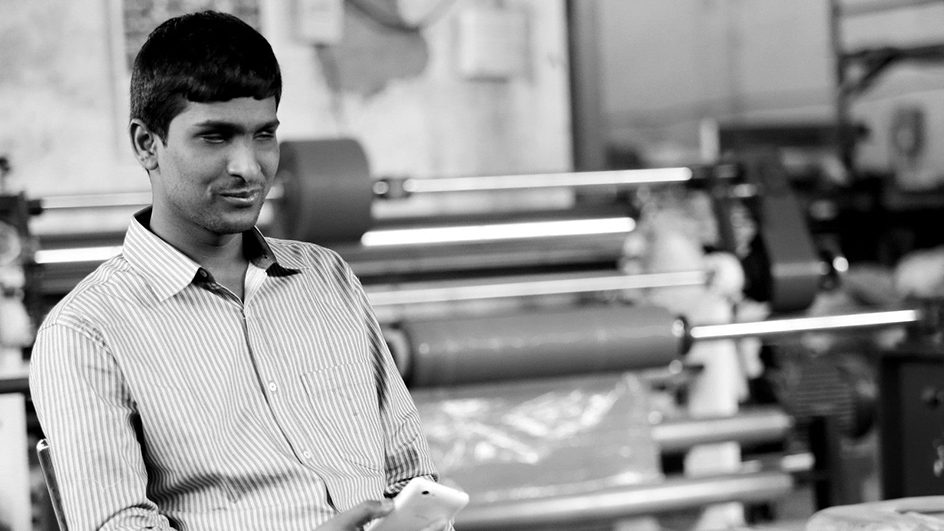 A Company that Cares for People, Planet and Profits

In June 2010, the Massachusetts Institute of Technology (MIT) News website displayed this image, with the headline Srikanth Bolla “13 proves that anyone can learn how to swim – Beginner’s swim class offers students a chance to overcome fears”.

It further stated that Bolla was taking the course as part of the General Institute Requirements, swim requirement. It is recommended that students complete a swimming course, but can elect to test out by passing a 100-yard swimming test in order to graduate. There was one difference between Bolla and the other students, who opted for that course. Bolla is blind – he is unable to see the clear water, 16 feet below.

“I took the class to learn how to swim, to protect myself in an emergency,” said Bolla. “Also it is a very good body exercise.” Both the instructor and swim team helpers were very good,” said Bolla. “I had a lot of fun, and at the same time I learned to swim for the first time in my life. Now I can swim well.” What Bolla probably couldn’t tell at that time, was the effect his actions had on others.

The swimming coach, Larry Anderson, revealed that many beginner swimmers start out afraid of the water. “Having someone who is blind and yet so enthusiastic about learning helped other students overcome their fears”. Knowing this, Anderson asked Bolla to go first. “If Bolla had not done it, I knew a few others would not have,” says Anderson. “Watching Bolla was inspiring and it made you realize that if he can do it, then anyone can,” adds Bolla’s classmate Kwasi Nti, a senior in electrical engineering and computer science. Bolla’s presence in the class was inspiring for Anderson and all the other students. “I knew it would be an opportunity to learn something about myself and everyone in the class,” says Anderson.

It would have been hard to predict what the young Srikanth Bolla would go on to do in life but the latent leadership qualities were unmistakable. Cut to the present, Srikanth is the CEO of Hyderabad-based Bollant Industries, an organisation that employs largely uneducated and disabled employees to manufacture packaging solutions. Bollant is no ordinary organization. It produces eco-friendly disposable products and packaging solutions for manufacturers from natural leaf and recycled paper.

The organisation is unique for another reason – the production units employ largely uneducated and unskilled people with disabilities. In augmenting the revenue, the company also offers adhesives, printing inks/printing products and intermediate products for the disposable product manufacturers. Bollant currently operates from five manufacturing units and has sales of 70 million Indian Rupees each year. Bollant Industries Pvt. Ltd came into existence in December 2012, with the mission to create employment opportunities for millions of differently-abled people.

For that matter, looking at that image of young Bolla jumping from the diving board 16 feet above the water, one cannot even tell the ordeal that he would have gone through just to reach MIT.

Srikanth Bolla was born without sight, in a remote village on the east coast of Andhra Pradesh, to impoverished parents. In many developing nations, being blind is a curse for poor families. Because of his disability, the neighbours in the village suggested his parents get rid of the baby. Srikanth’s parents however, resisted society and in fact, boldly planned to educate him despite earning barely Indian Rupees 1,600 (about USD 25) per month.

The school where he used to study initially did not treat him kindly and children always made fun of him. However, he was later moved to a school for special children. There he discovered his love for chess and cricket. He had to struggle incessantly to pursue science in 10+2 grade, even after securing 90 percent in his class X board exams. Bolla was denied admission to coaching institutes for Indian Institute of Technology (the premier Engineering Institute in India), where he wanted to study engineering, because he was blind.

Denied admission to the best in India, an unencumbered Bolla got into Massachusetts Institute of Technology, based on his ability, hard work and determination.

He became the first international blind student to gain admission MIT. And it is during his stay in the US that he decided to return to India to do something to fulfil the dreams of people like himself. “We helped about 3,000 students in acquiring an education and vocational rehabilitation. But then I thought what about their employment? So I built this company and now we employ 150 differently-abled people.”

When he spoke to an enthusiastic audience at MTHR (More Than HR) Global’s HR Convention at IMT Hyderabad in December 2016 (MTHR is an SABPP partner in India), he metaphorically referred to social entrepreneurship as a spiritual journey, which was akin to jogging on a knife at the same time. To get a glimpse of his speech, click on the link https://www.facebook.com/IMThyderabad/videos/1297780950294223.

Bollant Industries
Let’s examine Srikanth Bolla’s work and more specifically, what Bollant Industries has achieved under his leadership, in less than five years: Bollant Industries has four production plants, one each in Hubli (Karnataka state) and Nizamabad (Telangana state), and two in Hyderabad (Telangana state). Another plant, which would be one hundred percent solar operated, is coming up in Sri City, an integrated business city in Andhra Pradesh state, 55 kms from Chennai city. Angel investor Ravi Mantha, one of India’s well-known individual investors, who met Srikanth a few years ago, was so impressed with his business acumen and vision that he not only decided to mentor him, but also ended up investing in Srikanth’s dream.

Thus Bolla abandoned a ‘golden’ opportunity in corporate America and came back to India in search of answers to his questions. He also set up a support service platform to rehabilitate, nurture and integrate differently-abled people in society. Before Bollant was established, Srikanth identified an anchor to not only keep him afloat, but also help his dream company swim – his Co-founder Swarnalatha.

Ravi Mantha is quoted in YourStory.com (a popular online magazine): “She was his special needs teacher in school. She has been his mentor and guide through all these years. She trains all the employees with disabilities at Bollant, thereby creating a strong community where they feel valued,” says Ravi, adding, “Srikanth is a true source of my inspiration. He is not only my young friend and protégé but is also my mentor who teaches me daily that anything is possible if you set your mind to it.”

Srikanth’s vision was carved out of the following challenges he observed, in the Indian milieu:

Challenge one: Societal – An estimated 100 million plus uneducated and unskilled people with varied disabilities, in India, desperately need employment to ensure a decent living. The census says disabled persons constitute 3% of the Indian population (which is 1.3 billion). Persons with a disability find it hard to get educated and trained so as to be able to find suitable employment.

Eco-friendly products are in short supply, yet to pick up preferential demand and are still uneconomical to provide.

The Vision: Bollant Industries, which started as an experiment, tackled all the three challenges concurrently: It created a successful business model meeting multi-dimensional needs of modern consumption, the needs of the environment and sustainability, and the acute need to provide secure livelihood opportunities for the differently-abled. Consequentially, the venture also results in additional revenue for the farmers. What a remarkable strategy!

For the future, Srikanth has a vision of building a sustainable company with a workforce comprising 70% people with disabilities. He has come a long way in changing people’s perceptions about the capabilities of the differently- abled.

Here is some of his wisdom shared at the MTHR event:

Bollant Industries is thus a company which cares for people, especially the disadvantaged; it cares for the planet, which is at an increasing risk of depletion of its natural resources; as well as for profit – for all its stakeholders. It is a role model for industry!

Srikanth Bolla not only inspires us all with his personal story, but more importantly, shows us what his leadership is all about – Passion combined with compassion. Passion brings mental and physical energy while compassion unlocks the human spirit! Passion enveloped in compassion is the new Leadership.

Talent without discipline is like an octopus on roller skates. There’s plenty of movement, but you never know if it’s going to be forward, backwards, or sideways.