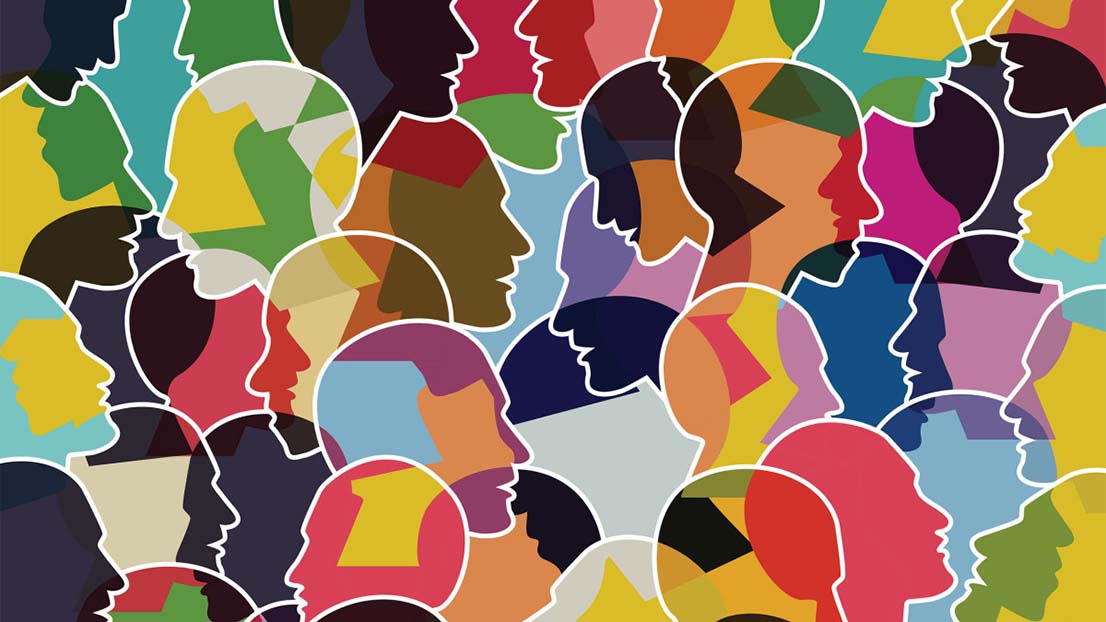 The Contextualization of Diversity and Inclusion

When the Yardbirds composed this song in 1966, little would they have known how relevant these lyrics would continue to be half a century a later. All across the world, these are the burning questions which determine whether society is harmonious, vibrant, prosperous or discordant, violent and tormented. The “ better man” here is but a conflict – it is indicative of bias and exclusion. In organizations, the last decade and a half has ushered in whole lot of work in the domain of what we refer to as “Diversity and Inclusion” or simply “D & I”. But as Human Resource or Talent Management professionals, we know that we seem to have made headway in D but not the I. Let’s examine the reason for this contention.

Simply put, inclusion can be understood best by understanding what it is not. Exclusion is to leave out or not take into account. Thus inclusion is the act of having a place for – ideas, beliefs, people. The Notion of inclusion is contextual to culture – the social milieu – both historic and current. Hence considerations of Inclusion have to be grounded, not in best practice or trends, but in context. Historic study alone can explain how thing have evolved or diminished. Objective research will reveal what actually worked and got weakened by alien ideas. This is turn will enable the shape of things to come. But there seems to be a confusion on this ground. We are embracing patterns from the developed (or is it advanced?) nations without blending it with cultural evolution.

Local and global have to go hand in hand. There has to be  consideration of how society is structured in the geography of application – and this too, deeply, not on the surface. The early developments of our nation continue to live within us and continue to determine our behaviour, try as we might to alter them. So a deep dive is imperative. Then alone, what would emerge would be complete. But has this happened and are businesses alive to these considerations? Imagine speaking about inclusion and both cultural evolution and the local context being sidelined. Let’s take an example. Nations like India and Egypt have very old civilizations with deeply entrenched value systems, customs, traditions and so on.  They were however colonized later on, which led to colonization of minds and beliefs subsequently. But that should not lead to an obliteration of its DNA. Practices, processes, dashboards, success stories, rankings, cannot be uniform across the world. They need to emerge from a comprehensive and prolonged study of all that matters to the most inconspicuous member of society. That alone can lead to true Inclusion. Anything else is but an illusion of being inclusive.

Looking at things with a lens of universality leads us to incorrect conclusions and the “corrective actions” are actually damaging. We need to un-bias ourselves. The notion that modern is beneficial and old is outdated does not serve us well. Likewise, the belief that the advanced nations have the best practices needs to be jettisoned. The best Diversity is the diversity of thoughts and by narrowing our actions to a uniform set of actions worldwide defeats the purpose of diversity.

Older civilizations have a lot to offer. They have the foundation of human evolution itself. This understanding led to a search for powerful possibilities. The consulting work which we do has a continuous exploration into that which is “eternal” in its application. This led to three ideas, of which one has completed its implementation; another which has come a long way; and a third which is yet to be operationalized.  The first two will be discussed here. Both were conceptualized as a combination of organizational need and looking deeply into culture of the Indian civilization. This led to initiatives titled Shakti and Matrika.

Indian civilization, like old civilizations, has a long history of development of human thought itself. This manifests in a multitude of signs and symbols. These signs and symbols have layers of stories and spirituality around them, which often makes them unfathomable to the modern mind. But once delayered and more importantly, adapted to contemporary concepts, the same symbols become fascinating and meaningful. One such symbol is Shakti. Shakti is the symbol of the ultimate creative energy of our universe, and creative energy itself being feminine (as in mother, earth, nature, etc), Shakti denotes the unlimited potential which every human holds.

The organization where this concept came alive is a Leading conglomerate in Engineering, FMCG, Retail and Realty segments with significant reach in domestic and international markets. With a near 100 year existence, tradition blends with modernity and the workforce and culture reflects the same. To try and alter this is to attempt to alter DNA. That said, as society develops dynamically and with it the consumer tastes, the organization has to transform its thinking. Practices are merely an expression of this thinking. Shakti paid attention to this need, without sacrificing the civilization’s influence on its people. Shakti became a fifteen month intervention which immersed, ignited and illuminated the minds of nearly two hundred women of this conglomerate who signed up as torch bearers to lead this fantastic organization into the future. The experiences these Leaders were put through included facilitated sessions, workshops and exercises, sharing of stories of challenges and successes, journal writing, introspections, collaborative endeavours and more. The outcomes began to become visible during the period of the intervention itself.

Yet another symbol is Matrika. Like Shakti, Matrika too is feminine and refers to the feminine divinity, which in turn represents everything that moves the world – such as Knowledge, Vision, Action, Accomplishment, Preservation, etc. Matrika is a set of seven individual forces, which when integrated bring great mastery into the lives of individuals. Conversely, ignoring these forces, which lie latent in humans is tantamount to ignoring one’s own endless possibilities of development. The organization where this concept flowered is a Healthcare IT Services organization with a footprint across India and US. With a relatively young workforce, and a significant percentage of them being women, there was a clear need to provide Leadership opportunities to the most talented women amongst them, as very few seemed to presently occupy those.

What followed was a year-long intervention with numerous opportunities to hone skills and shine through Workshops, self selected Projects, continuous learning inputs through face to face and online modes as well as exposure to some select achievers of society. Through the first few sessions itself, the participants were already beginning to realize the forces of Matrika operating within them and through them, equipping them with the power to make their dreams possible.

In both cases, impact has been tremendous. But this would hardly have been possible, without the deliberate effort to study and replicate what others do, notoriously understood as “Best Practices”. They are best only for the organizations which adopted and found success. Organizations need to show the appetite for customizing their approach to initiatives and resist believing that the Leaders show the way for each one to walk. If Unilever speaks about “achieving” 50-50 gender balance, its only indicative of their own ideal of diversity and should not be taken as the benchmark for all organizations.

The consequence of replicating D & I practices uniformly across organizations in every corner of the world is the exact opposite of what we set out to do – they will all lack imagination and variety in what they do. The vibrancy of organizational cultures lies in its unique DNA combined with the society in which its embedded. Nature is a beautiful metaphor for this. Can one imagine the same flora and fauna or insect kingdom in every inch of the world? Or one can even consider music as a Metaphor. One such musical piece about music was created by two musicians who have enthralled audiences across the world – they are Sir Paul McCartney and Stevie Wonder.  I close this article with the first two verses of this song.

Ebony and ivory
Live together in perfect harmony
Side by side on my piano keyboard
Oh lord, why don’t we?

We all know that people are the same where ever you go
There is good and bad in everyone
And we learn to live, we learn to give each other
What we need to survive together alive