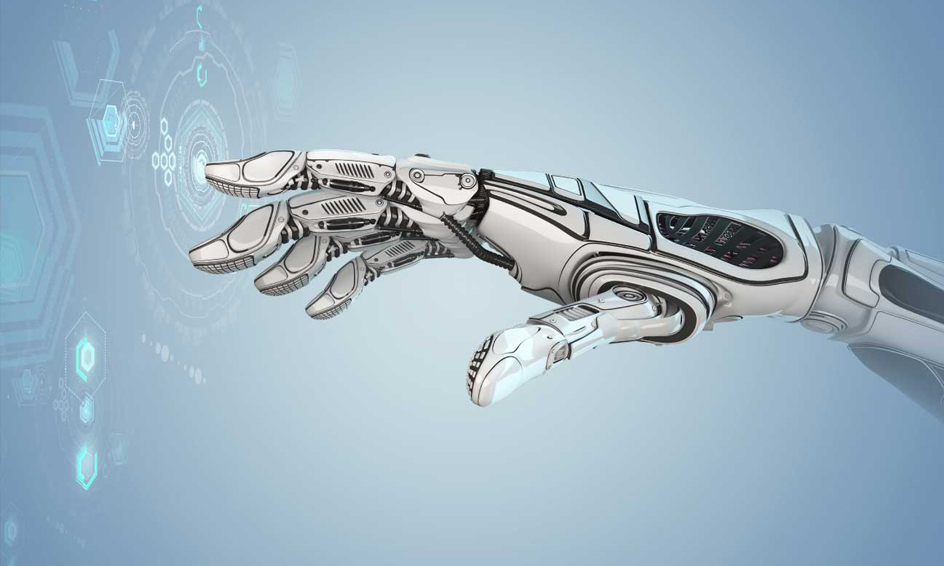 Getting on with AI

“AI will force us to rethink what it means to be human, and what’s deeply valuable about that.”

At the 2017 Robot Art Competition, robotic painters produced paintings like graduating art students, described as ‘aesthetically ambiguous’. The bearded face of a man stares out from one canvas, another depicts human emotion with jagged, gloomy stripes of black and purple.

AI is a field of computer science that mimics the natural learning process of the human brain by creating artificial neural networks. Developing machines that think is not new. World War II code-breaker and mathematician Alan Turing trailblazed the idea. Virtual assistants such as Apple’s Siri use AI engines to respond to enquiries. Siri can learn by using the feedback it gets to refine the results it provides. That’s why you can ask Siri to call ‘Dad’, once you’ve told it what name in your contacts is your father.

Most of us don’t intimately feel the impact of AI in our lives, or perhaps recognize it as the engine behind Siri, for example. And some of us assume ‘not in my lifetime’. Since WWII, we have come a long way. And with Google, Facebook and Microsoft investing heavily in AI systems, the future will start to look a lot closer.

AI is already advanced enough to enter into companies by way of virtual assistants, and in industries such as banking, as virtual tellers and advisors. AIs are good at processing huge amounts of data, and that’s valuable for services such as fraud detection and security surveillance. They are being used in law and medicine, not only to read and assess documents but to make recommendations, while advances in robotics are allowing doctors to perform surgeries remotely. It’s possible that soon simple surgeries will be performed by AI. South Korea has already introduced a tax on robots. They fear robots may take away jobs leading to mass unemployment. And Elon Musk is worried about AI. Speaking from a vantage point of being intimate with cutting-edge AI tech, he thinks AI could pose a threat to humanity. An AI already exists that can solve the Raven Progressive Matrices Test, an intelligence test of visual and analogical reasoning, better than the average American. Then there is Pepper, the humanoid robot featured in the cover picture, designed to read emotions by analyzing expressions and voice tones.

In future, diversity at work will include AI’s
We should learn to get on well, says Benjamin Wolh in his article How artificial intelligence and the robotic revolution will change the workplace of tomorrow, because diversity at work in the future will certainly include AIs. If robots are great at many things we don’t like or are not very good at, such as performing repetitive, monotonous tasks; concentrating for long periods of time, and quickly searching vast databases of information, we should welcome automation of tasks. You could do a better job focusing on what you have been specially evolved to be good at. But what are we specially evolved for? What does it means to be human, and what’s deeply valuable about that?

In a sense, that’s part of the problem. Liz Ryan, Founder of the Human Workplace, will tell you that we have lost a bit of humanity in the workplace:

‘There are people in this world who cannot tell you what they think and what they believe. They simply don’t know. They are programmed to be the person they think someone in authority — a hiring authority, for instance — wants them to be.’

For a long time, we have been working hard at squeezing out the nebulous, ‘hard-to-control-and-measure’ human factor. We have believed that doing so will make us more efficient. Given that creativity and FLOW at work (beyond just engagement) are now being recognised for their critical role in innovation, we’ll have to start addressing that, soon. Perhaps AI will force us to speed things up.

Working alongside machines will involve learning how to be better at being human.
Michael Harré, AI enthusiast and lecturer in Complex Systems at the University of Sydney, says that living and working with AI will push us to rethink basic assumptions about our sense of self. He believes that we will have to revise what we think consciousness actually is. Preparing for a robotic future of working more alongside machines, will force us to learn how to be better at being human.

The truth is, AI is coming for a lot of the jobs we know now. Whole careers will be innovated out of existence. But we will also innovate whole new careers into existence. People who are flexible and open to learning will continue to be in demand, says Harré, as will those who are more willing to be agile within the jobs they take.

We need to rethink what it means to be human, and what’s deeply valuable about that. Given we’ve spent a lot of time taking the human elements out of workplace, that’s going to be a big shift for some.

Talent without discipline is like an octopus on roller skates. There’s plenty of movement, but you never know if it’s going to be forward, backwards, or sideways.