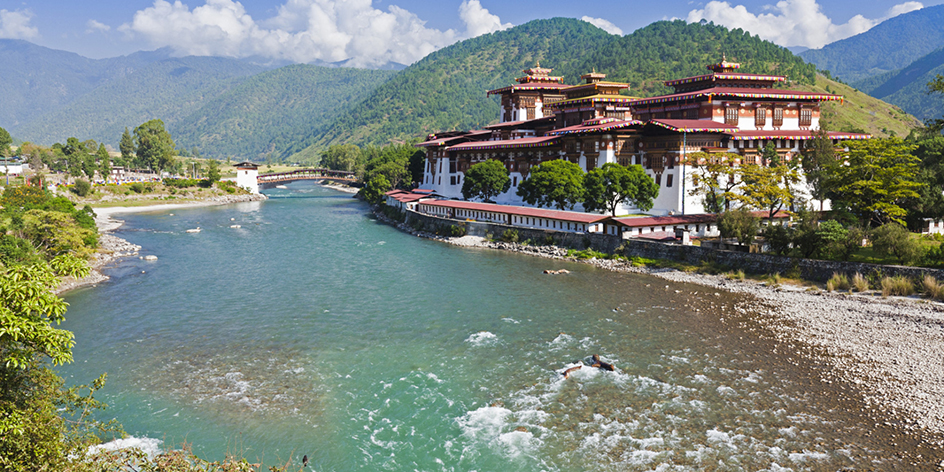 In May 2016, I found myself in the mystic and beautiful land of Bhutan, also referred to as the last Shangri-La on Earth, for a Spiritual and Learning retreat. I was both amazed and inspired by the fact that the Queen was part of this Retreat for three entire days and even the Prime Minister of Bhutan made himself available for half a day, this when most CEOs and even business heads are rarely present during Management Development Programs which their senior executives are undergoing.  I had the opportunity to visit the most famous Tiger’s Nest, a monastery with a breath taking view, which is precariously positioned at the edge of a mountain, nearly 10000 metres above sea level. I experienced many miracles first hand, including coming down from Tiger’s Nest safely in total darkness and heavy rainfall, aided only by the humble light from my cell phone. But this is no lesser miracle than the miracle of governance in this Land!

Bhutan is where the tremendously popular fourth monarch of the country, Jigme Singye Wankchuk, actually retired at the peak of his popularity to force the citizens to vote and elect their own government (which monarch or other ruler is willing to relinquish power?)The monarch ushered in democracy. In fact, the King helped build a constitution that allows the government to impeach the King! The King also introduced the world to the concept of GNH viz. Gross National Happiness, as opposed to GDP. While GDP growth is purely a measure of economic progress, GNH lays emphasis on three factors – Economic Growth, Social and Cultural Development, as well as environmental sustainability! Some call it Leadership or Governance with Values. Welcome to Holistic Leadership!

Cut to June 2017, I am in another nation which I have come to love, South Africa – I participated in the Talent Talks Conference, aptly themed as “People, Purpose, Profit”. There is a deep connection between this Theme and Holistic Leadership – so when I was asked to give the Closing Keynote Address at the Conference, “The Holistic Leader” was an easy pick of subject for my talk. The Holistic Leader is one who is evolved enough to recognize that Leadership does not stand on a one-legged stool of economic advancement. The organization is in equilibrium only on the tripod of Community – Ecology-Economy: ergo, the Holistic Leader lays emphasis on all three – perhaps, leveraging one of the three factors to strengthen the other two. Ignoring any one or two of these could actually become the proverbial “Achilles Heel”.

Mythology and History, I believe are important references for the contemporary Leader to march into the future of infinite possibilities. It was the heel of the baby Achilles, untouched by the river of Styx when his mother dipped him into the river of immortality, which was struck by an arrow in his adulthood, leading to his unfortunate yet heroic death. The Leader needs to continually strengthen herself and the organization against the onslaught of dynamic extraneous circumstances. The Holistic Leader knows this, there is cogency of thought and deed.

The legendary conqueror, Alexander the Great was so obsessed with his conquest of the world that he forgot the wellbeing of his own men who had tirelessly fought for him. As a result, when he was at his final frontier in the form of India, the same men rose in rebellion (struck down by the complexity of the terrain and the combined might of many Kings in North West India) and persuaded Alexander to march back. The initiative was seized by the King Chandragupta to build a united India, guided by an able strategist Chanakya, who in 300 BC, laid down the “Science of Prosperity (Arthshastra)” which proclaimed that in the sustained welfare of his people, lied the benefit of the Leader.

Guided by the same science, Emperor Ashok, after a particularly bloody conquest, became the ideal sovereign of India where he embraced and enhanced the three engines of social development, environmental welfare and economic growth. This led him to be the most prosperous emperor in the world at that time. This concept seems also seems the distinguishing mark of the “Philosopher King” which Plato proposed, which the Roman Emperor Marcus Aurelius exemplified.

How can the modern Business or Political leader – whether CEO of a firm or a nation, follow these examples to build sustainable futures? There are few contemporary instances. In the building of Nations, three Leaders stand tall in the last 75 years – Nelson Mandela in South Africa, Mahatma Gandhi in India and Lee Yuan Kew in Singapore – each with their characteristic style, but they all shared the same philosophy that economic capital would be impossible without social capital, and thus focussed tremendously on the development of society, while naturally maintaining or enhancing the third engine of ecology. For instance, Mahatma Gandhi inspired another Leader Manubhai Desai to create an organization (BAIF) which works to build sustainable livelihoods for small farmers. Their philosophies are the unshakeable foundations on which the structures of the three nations stand.

Let’s map this idea to business – take the case of Srikanth Bolla, CEO of Bollant Industries, in Hyderabad, India whom I have showcased in an earlier Talent Talks article – he has been able to build a thriving business around eco-friendly disposable and packaging products (bowls, plates, trays) through a workforce, which have a majority of specially-abled persons. All this accomplished, in less than five years. A holistic Leader, who despite a myriad challenges early in life, due to lack of eyesight combined with poverty, is changing the lives of hundreds of disadvantaged people, including farmers. Srikanth is a holistic Leader who has found the right balance between economic, social and environmental wellbeing.

Or you can take the instance of N.K. Chaudhury of Jaipur Living. He built an organization which sells hand-knotted rugs in more than 45 countries, employs nearly 40,000 artisans in India, and brings in more than INR 153 crores ($23 million) a year. The business model is extremely well thought out – rather than build factories in cities, to which weavers would need to travel to, leaving their families behind, Jaipur Living has staff that travel to them, as needed, and deliver the raw materials. Because distances are vast in India and travel options for the poor are limited, weavers would not sustain a home-based operation if they had to travel. This has made the big difference and raised the livelihood of thousands. The environment is also taken care because Jaipur Living uses only natural dyes. N.K. Chaudhury is a Holistic Leader, who has found the equilibrium between the three spheres of community, ecology and economy.

One more organization is extremely commendable in its work across nations. Acumen, raises charitable donations to invest in companies, leaders, and ideas which change the way the world tackles poverty. With teams working across five global offices in Accra, Karachi, Mumbai, Nairobi, and New York to support their work, the founder Jacqueline Novogratz is a Leader who believes in the philosophy “balance generosity with accountability, humility with audacity, and listening with leadership”. Thinking about values in pairs, and tension and balance between them viz. about listening and leadership; accountability and generosity; humility and audacity, Jacqueline has helped lift thousands out of poverty. For instance, financially empowering an Indian entrepreneur in drip irrigation technology has led to literally thousands of farmers become more successful despite their very low acreage of lands. Jacqueline is a holistic Leader who has been able to tie together the important threads of financial, social and environmental concerns.

It is no surprise that the Holistic Leaders are driven by a strong purpose and hence their followers also gravitate towards the same purpose. It is purpose which fuels the business. Anand Mahindra, the Chairman of the Mahindra Group, a respected Business conglomerate in India says “The opportunity to raise the quality of living, is the biggest business opportunity going”. It is this very purpose which drives Holistic leaders such as Bolla, Chaudhuri and Novogratz. The ownership of this purpose will power the businesses of the future, while simultaneously protecting our ecology and letting society thrive. In sum, all Leaders will have to evaluate their businesses in the light of the health of these three parameters: Social, Environmental and Economic wellbeing (some global organizations do have this metric but this needs to be both widespread and consistent). The purpose is to raise the quality of lives of humanity.

Holistic Leadership, is the wisdom our human bloodstream. It is this very template of Leadership that enables Bhutan, even with a miniscule economy of about USD 2 billion, to make the world’s rich and powerful nations to look up to them!