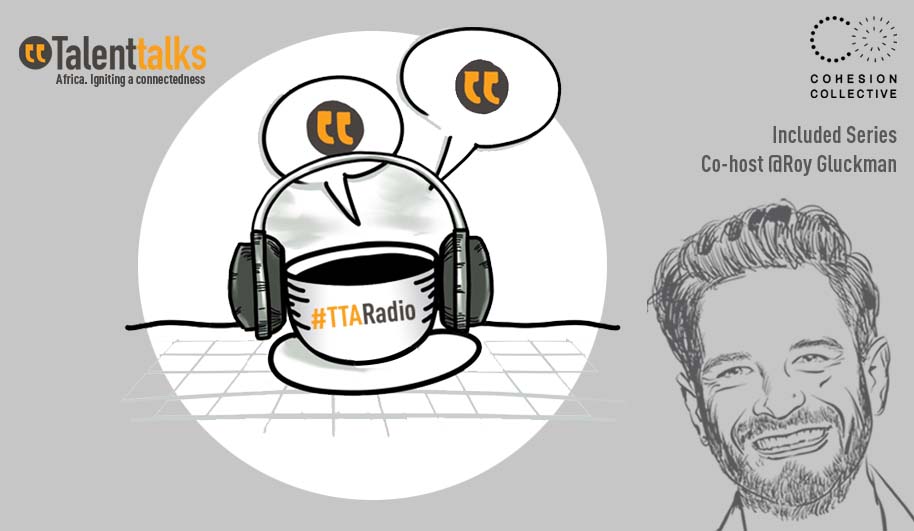 The Included Podcast has been designed as a tool to bring the practice of inclusion into the forefront of how we do business.

In this episode, Egbe Adeoye, host of #TTARadio continues her conversation with Roy Gluckman, the founder of Cohesion Collective (CoCo), where they talk about how you can’t talk about talent without talking about employment, equity, and affirmative action. They discuss the idea that in South Africa, we come from a history where difference was used for purposes of segregation to the extent that recognising the reality that people are different is something often scoffed at. This is the reason why people would then believe that the best way to treat people is to see no differences and treat them in the same way.

However, they agree that treating everybody as if they were the same ignores the reality that historically, we have walked different journeys. We are not starting at the same place. Hence we are not the same, to begin with. Roy puts things into perspective when he says, “privilege and disadvantage transfer.”

The call to action: To ensure an environment of equality, treat different people differently in order to give them access to equal opportunities.

Listen to the podcast

TOPICS DISCUSSED IN THIS EPISODE

Talent Talks Africa is proud to launch #TTA Radio. Our podcast radio station is all about #AfricaRising Our passion is for sharing the stories of innovation, challenge, triumph and becoming as organizations grapple with what #AfricanExcellence means today and for tomorrow. We are gathering stories from across Africa and look to becoming a leading curator of thought leadership in these 7 areas: /Future of Work/ Doing Business in Africa/ Authentic Leadership/ Wellbeing/ Hero Stories – real people making a real difference/ Learning and Innovation/ Diversity, Inclusion and Belonging.

The only way to make sense out of change is to plunge into it, move with it, and join the dance.