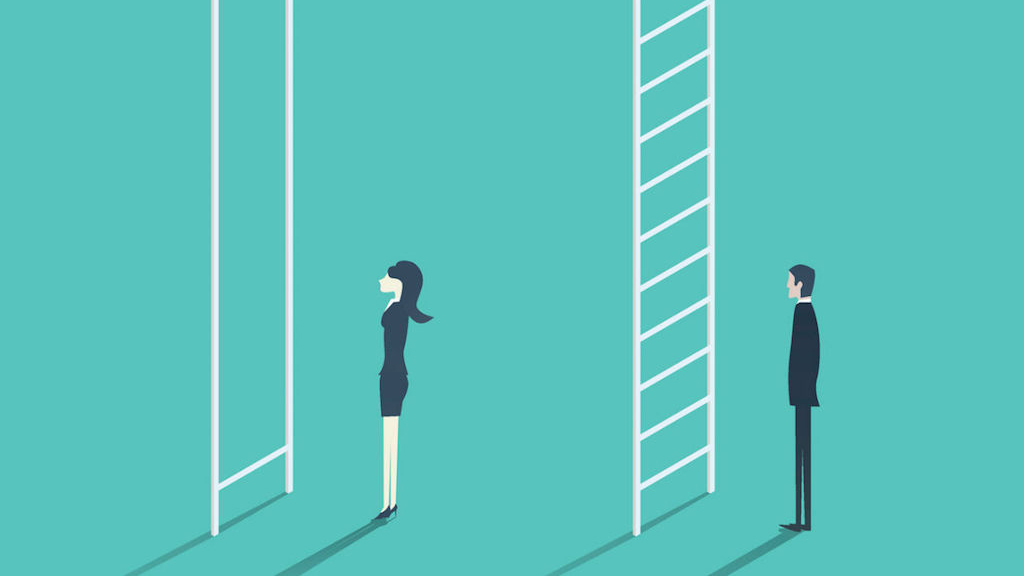 8th March was International Women’s Day 2020 and this year’s theme, #EachForEqual, focuses on the need to take collective action to create a world that’s fair and unbiased. It’s a time when women and men everywhere should strike the distinctive #EachForEqual pose to motivate others to stand up for what’s right.

Yet, even as we celebrate IWD2020, industry experts reveal that we’re not doing well in South Africa when it comes to gender equality at the executive level. The reports depicting the ugly truth are numerous, including the Business Women’s Association of South Africa’s (BWASA) 2017 Women in Leadership Census, PwC’s 2019 Executive Directors: Practices and remuneration trends report, or Bain & Company’s 2017 Gender (Dis)parity in South Africa. The question isn’t if a gap exists but how bad it is and how to close it.

For example, after Maria Ramos retired as Absa Bank CEO in February 2019, there were no female CEOs in the JSE Top 40 companies. Not until the appointment of Phuti Mahanyel-Dabengwa as CEO of Naspers, that is. There are certainly exemplary women heading up progressive South African enterprises, such as Lillian Barnard, Microsoft South Africa’s Managing Director since March 2019. But they are still the exception rather than the norm.

According to BWASA, only 20.7% of local directors and 29.4% of executive managers are women, with just 11.8% holding chairperson positions. Currently, says PwC, of all the companies listed on the JSE, a mere 3.31% of their CEOs are female.

State owned enterprises (SOEs) faired slightly better percentage wise. Still, at the time of the BWASA report, only one SOE had a female CEO, a situation that has prompted the ANC Women’s League to demand that half of all SOEs be run by women.

Worse than the poor representation of female leaders overall, pay discrimination continues even at executive level. PwC reports that, in JSE-listed companies, women executives across all sectors are generally paid less than their male counterparts. The largest disparities are in healthcare (28.1%), followed by consumer discretionary (25.1%), then financials (21.8%). (Incidentally, female representation among JSE-listed CFOs is just 12.8%.) Even in real estate, the “least discriminatory” sector, a 12% pay gap exists between male and female executives.

Why do these oppressive pay practices continue? The popular argument is that women typically have a lower level of education, hence lower remuneration and relegation to lower positions. Yet, according to women-in-work specialist, Professor Anita Bosch at the University of Stellenbosch, women in professional fields, like management, are graduating at least at the same rate as men, if not better.

Just this assumption, that men are generally more educated than women, offers a good indication of where the problem really lies. And that is in the classical assumptions of a woman’s capabilities and importance in society.

A McKinsey feature, A CEO’s guide to gender equality, includes interviews with actress Geena Davis and Facebook COO, Sheryl Sandberg. Davis, whose Institute on Gender in Media researches the cultural impact of gender misrepresentation in entertainment, comments: “In family films, the ratio of male to female characters is 3:1. Shockingly, the ratio of male to female characters has been exactly the same since 1946. Of the characters with jobs, 81% are male.” Comparing career to a marathon, Sandberg agrees: “The voices for men get stronger, ‘Yes, go. You’ve got this.’ The voices for women can get openly hostile.”

So a major first step in the context of IWD2020 is to correct these false cultural paradigms in the boardroom. For the rest of the year, let’s proudly strike the #EachforEqual pose, both outwardly and in our hearts, as we determine to be completely unladylike towards the archaic ideas that hold women back.