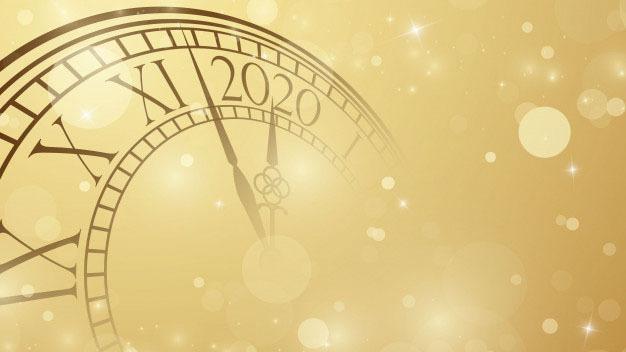 Is your ‘next’ stealing from today?

One of my favourite things about the end of the year is the opportunity that it gives me to reflect upon the year that’s come and gone and particularly to review my progress against the goals that I set for myself at the beginning of that year.

It always strikes me how little time there seems to be throughout the course of the year to pause and consider my progress, so year-end simply becomes the most natural window to do so. Interestingly though, year-after-year that reflection time seems to come earlier for me. I think it’s because some sort of panic station sets in (that’s fuelled by year-end reviews, watching the children study for November exams as well as thoughts of going on vacation and the prior self-assessment of whether I actually deserve a one!). So, this past year-end from as early as October I began to look back at the goals I had set for 2019 and whether they were achieved, half-achieved or not actually begun.

Of-course as we get closer to the end of year, it just seems that everyone is trying to squeeze in everything before wrapping up. So the busyness just seems to escalate to unseen proportions with school prize-givings, the odd music soiree and all the bitter-sweet farewells for friends who are in some way or another moving on, either to a new school or employer, another province or relocating to another country altogether.

While ‘dropping off’ my daughter at her friend’s farewell party, I got chatting to one of the mothers (and ultimately decided to hang around to keep the host company rather than dropping-and-going as initially planned). I really enjoyed the time as it gave me an opportunity to not only catch up with her but to also hear of her experience with her new business. Similar to my own journey this mom had left the corporate world in order to pursue her own business or freelance or both.

We were sitting in our local Starbucks chatting over a cup of coffee and I on the other side of the table was enjoying her adventures of setting up an NGO and the joys and challenges that come with navigating the new working space. She told me of her journey from having a dream and the passion that drove her to putting it all in writing and making the necessary connections in government and business to making it happen. We laughed as we exchanged stories of repeated visits to government offices, appointments that were set, postponed, rescheduled, cancelled again, rescheduled and so the dance continues. In an effort to get administrative processes going, desperately working to propel the business towards set goals, she had quite a lot to say and we both had so much to learn.  We laughed nervously about the pressures of working towards a consistent revenue stream amidst the waltz of postponed projects, cancelled appointments and changing scopes of work, all of which constitute the gnomes that plague the life of contractor.

Eventually we found ourselves talking about family and the expectation that family members have as well as how this impacts on the energy with which we have left to pursue these noble exploits. Inevitably the question of temptation to quit reared its ugly head and I specifically was interested to learn how she was dealing with this challenge. I’ll never forget how she answered that question.

She told me that she had “made peace” with her new occupation and that she had resolved to never turn back as this was her purpose. Those were probably the most ordinary words that a coach could hear but they were something of an epiphany to me. I’m not sure if I was more stunned by what she had said or at my own reaction, but for a long while I just sat there and stared at her. This woman’s unshakeable determination was remarkable and all I could do was wonder what my problem was! Why was it that I was struggling to reach this point of clarity and decisive resolve?

How come this woman before me had been able to do what I could at best, only advise others to do? Although we both had very clear ideas of where we wanted to be and what we want to achieve, she had been able to put the past behind her, to focus on today. Without looking too far into the future she had focused on the work she had to do today as far as she could understand what that was, without worrying about the next big thing. It suddenly struck me in that moment, that I had spent so much of my time on two things that were not necessarily helping me to accomplish my goals.

The first of these was looking back into the past and longing for those favourable aspects of times and seasons that had come and gone. I had carefully and conveniently selected those desirable characteristics of the old season in fulltime employment and used them as a yardstick to measure my experience and progress in my current season. Through my overwhelming longing for predictable and regular income, I was trading-in the opportunity to think innovatively about how to maximise the returns of my current season in order to grow my income to and beyond what it used. I was also unfairly dismissing the benefits of my current season, which included the vast depths of personal and professional growth that had been gained through navigating this challenging new life season.

And typical of human nature I had completed disregarded some of my pet-hates from my previous season, such as the frustrations of not always doing purposeful work and the day-to-day politics that characterised my working environment at the time.

My second gremlin was the future. I’ve spent so much time worrying about the future and my ‘next’ and this too has significantly eaten into the creative time and energy required to fully maximise on the present. So essentially, I had overplayed one of my greatest strengths. You see growing up I was always the child that had their life mapped out right up to retirement. I was sure of what I wanted to achieve with my life and had a plan of how to get there. I have always taken great pride in the fact that I am naturally self-motivated and visionary in my thinking, and to be honest, this has scored me a lot of points in my career up until now. However, this was the first time that I had ever considered the dangers of this strength. The flipside of my self-motivation and visionary energy was the risk of missing out on today’s open doors and neglecting current relationships (which are sometimes disguised as plain-old boring routine and hard-work) while riding on the high wave of new ambition and future exploits. But what this meant for my present was that I was slowly neglecting the work that was before me and the very opportunity that I had longed for in the previous season.

Rather than maximising on today’s opportunities (as this remarkable woman had done), I had spent far too much time thinking, planning and worrying about what was to come.

My new epiphany brought to mind the vision of a work of art. It took me back to a trip that my husband and I had taken to Europe in 2013. We had the enviable fortune of visiting the Sistine chapel in the Vatican. During this section of the tour, everyone was looking up and admiring the beautiful ceiling. We were both completely awed by Michelangelo’s most famous piece of work. Our tour guide narrated stories of how Michelangelo had spent days and sometimes weeks on very small parts of the nine scenes that are painted on that ceiling, taking his time to perfect every line and drawing and the carving tasks that went into this incredible work of art.

We heard about some of the awkward physical positions that Michelangelo would have had to endure for hours and days while carving and painting in that chapel. The work on the ceiling of the Sistine chapel was unveiled in 1512, after Michelangelo had worked on it for years and the chapel itself has become very significant in the Catholic faith.Imagine what the results would have been, had he become bored of work on the ceiling and moved on to his ‘next’ without giving his all? What if he had, in his quest for his ‘next’ decided that working on all nine scenes was simply too time-consuming and delaying his progress toward accomplishing the next big thing? If any of these distractions had overtaken his creative energy for the present, the Sistine chapel would not have gained its recognition and acclaim as the chamber where the Vatican cardinals decide who will become the next Pope.

Reflecting upon this I feel challenged to make sure that 2020 is not characterised by dreaming of my next. Rather like this magnificent work of art, I am determined to attend to my canvas with the sense of purpose and determination required to make it the best work of art I’ve ever produced. You see it’s not just the broad brushstrokes that count so that assignments can be completed and signed off, but the detail, shades and textures, contrasts and dynamics. What I find it most interesting about the work of Michelangelo was that although he painted nine separate scenes on that ceiling, it is clear that he was not simply producing separate paintings, but was in essence creating a complex stage set in which various levels of reality were portrayed.

Is it possible that this year your canvas would not only reflect your diligence towards initiating and completing tasks, but rather be enhanced by as you invest more of your time and energy towards shading in the spaces, accentuating and characterizing and ultimately leaving the signature of your workmanship that ties across your assignments, to build the legacy that you dreamed of yesterday?

My resolve for 2020 is to finally put the past behind me, forgetting all the benefits of that yester-season as it now lies behind me. I resolved not to worry about my next as it lies further up the road than my present. This new year I will embrace my present, draw my canvas closer than I have ever before. I will zoom in on my work of art and be willing to hang upside (occasionally), to impress those fine strokes that are the signature of my workmanship today and my legacy for a lifetime.

Published in The Future of Work and Wellbeing

CEO & co-founder Fhatuella Strategic Solutions Having held various positions (to executive level) in corporate and state-owned S.A., Valerie has obtained expertise in the field of human resources development with a particular focus on leadership & executive coaching and mentoring. Valerie is passionately motivated to partnering with organisations for the purpose of growing and equipping individuals and teams with the skills to understand and manage self, lead and inspire others and productively execute work towards the achievement of organisational strategy. She is involved in various forms of coaching including executive coaching, performance coaching, leadership coaching and conflict coaching. Valerie has a unique approach to facilitation which engages delegates of all employment levels

The world is a university and everyone in it is a teacher. Make sure when you wake up in the morning you go to school.