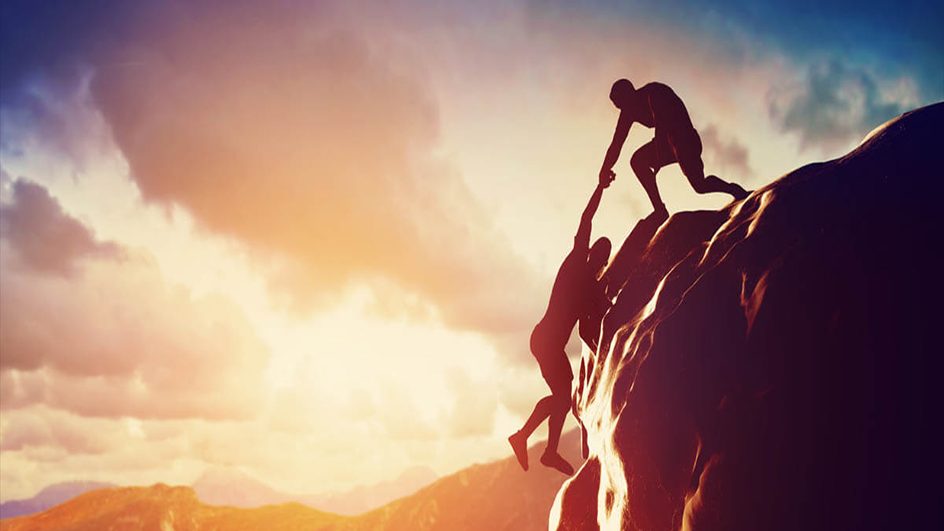 Leadership – The Art of Giving (and receiving)

Ovid’s Metamorphoses tells a beautiful story: Philemon and Baucis had lived out their long lives nobly, but in poverty. Jupiter, the Roman king of the gods, had heard of the virtuous couple, but based on all his previous experiences with humans, he had serious doubts as to their goodness.

In frustration, Jupiter was about to destroy mankind but was willing to give it one final chance before starting over again. So, in the company of his son Mercury, the wing-footed messenger god, Jupiter went about, disguised as a worn and weary traveler, from house to house among the neighbors of Philemon and Baucis. As Jupiter feared and expected, the neighbors turned him and Mercury away rudely. Finally, the two gods went to the last house, the cottage of Philemon and Baucis, where the couple had lived all their long married lives.

Philemon and Baucis were pleased to have visitors and insisted that their guests rest before their little hearth fire. They even lugged in more of their precious (and scarce) firewood to make a greater blaze. Unasked, Philemon and Baucis then served their presumably starving guests whatever they had, fresh fruits, olives, eggs, and their last drink of wine, which would help warm them in frightful cold.

Soon the old couple noticed that no matter how often they poured from it, the wine pitcher was never empty. They began to suspect that their guests might be more than mere mortals. Just in case, Philemon and Baucis decided to provide the closest they could come to a meal that was fit for a god.

They would slaughter their only goose (source of eggs) in their guests’ honor. They just about managed to corner the goose inside the cottage and when they were just about to catch it…. At the last moment, the goose sought the shelter of the divine guests. To save the life of the goose, Jupiter and Mercury revealed themselves and immediately expressed their pleasure in meeting an honorable human pair. They blessed the couple and fulfilled their only wish – to serve as priests in the Temple of God!  Cut to the present…

On 7th October 2017, twenty five Chief Human Resource Officers came together to serve over 700 needy young children in four Government schools in Bengaluru, which is often referred to as India’s Silicon Valley. These CHROs, who in their professional lives, represent the best of global organizations such as Accenture, Oracle, Biocon, Avaya and several others, found great joy in serving Breakfast to these less privileged children, as part of Daanutsav: Festival of Giving, which MTHRG (More Than HR Global), SABPP’s partner in India, had organized. They also spent the next couple of hours interacting with these children and their teachers (who are themselves dedicated to the cause of shaping the lives of needy children), even the school principal. They then gave a small gift of a goody bag to each child consisting of daily necessities. Later, the CHROs were asked to share their experiences – did they feel good about this service? Guess what – they expressed that they were the ones who received, who gained, benefited, fulfilled at having this opportunity. They felt their own lives were touched through this experience of “Giving”. One more organization partnered MTHRG in this endeavour – called Annapoorna (literally, the goddess of food), was started up by a bunch of Corporate executives, who through this Breakfast plan, have helped ameliorate the lives of 27,000 children and their families in India. Considering that India, despite being among the fastest growing economies in the world, is still battling economic inequity (amongst other challenges), this is a huge contribution. So what does this have to do with the ruthless, fast paced and complex world of Business? Everything!

Adam Grant used his cutting edge research as a professor at Wharton Business School, to write his best selling first book “Give and Take”. Highly successful people have three things in common – motivation, ability and opportunity and they make the most of these three. However, there’s a fourth critical ingredient – how they approach their interactions with other people. Says Grant: we have a choice to make: do we try to claim as much value as we can (Takers) or do we contribute value without worrying about what we receive in return (Givers)? The givers, in the workplace, says Grant, are a relatively rare breed – they tilt reciprocity in the other direction, preferring to give more than they get. Givers and takers differ in their attitudes and actions towards other people – givers strive to be generous in sharing time, energy, knowledge, skills, ideas and connections with other people who can benefit from them. And this is a habit, not an occasional occurrence. Now here’s the interesting data – research showed that the Top performers were Givers, and they averaged 50 percent more annual revenue than the takers and the matchers (those who help others and seek reciprocity).

The entire book explores this fourth critical factor – the best way of getting to the top – is to focus on “bringing others with you”. Grant finds that when Givers succeed, people are rooting for them and supporting them, rather than gunning for them. Givers succeed in a way that creates a ripple effect, enhancing the success of people around them, he finds.

In another revealing book, “The Power of Giving”, authors Azim Jamal and Harvey McKinnon share the connection of Giving with Leadership. They found that:

In his stellar work, “The Go-Giver”, Bob Burg (with John David Mann), through a beautiful fable, further demystifies the findings of Adam Grant and the observations of Jamal/ McKinnon. He says:
“Your true worth is determined by how much more you give in value than what you take (in payment)”. He refers to this as The Law of Value.
But the Law of Influence really nails the connection with success: “Your influence is determined by how abundantly you place other people’s interests first.”

Thus givers actually benefit manifold when they give. The 25 CHROs mentioned above received when they gave, just like Philemon and Baucis were blessed with their lifelong aspiration when they served, even when in scarcity themselves. When Grant conducted his research for his book, he found that what separated the champs from the chumps was less about raw talent or aptitude but more about the strategies givers use, and the choices they make. Lest we believe that giving is all about being altruistic, Grant clarifies that: Successful Givers recognize that there’s a big difference between taking and receiving. Taking is using other people solely for one’s gain, while receiving is accepting help from others when maintaining a willingness to pay it back and forward, he says. He clarifies to us that successful givers are every bit as ambitious as takers and matchers, but have found Giving as a different way of pursuing their goals.

That may well illustrate why some of the richest people in the world or in their respective countries are Givers. Warren Buffet (his late wife Susan Buffet was his main inspiration in giving) and Bill (himself being inspired by Buffet) and Melinda Gates come to mind immediately as “Givers”. In India, among the best known Business Conglomerates, the Tata Group can easily be identified as a “Giver”: A substantial part of the profits of Tata Sons, the parent company of the Tata Group, goes to the Tata trusts, which in turn have established national institutions of research and learning, and financed a host of projects. While giving can be also about resources other than money (as described in Grant’s work), money seems the most tangible one

Chanakya, probably the world’s oldest strategist and king maker (300 BC), likens wealth to water. Says he: Money earned must be kept circulating and put to some good use – just like the water of a tank having inflow and outflow system is clean. On the other hand water-logged tanks collect dirt in them. Bob Burg’s Law of Receptivity elaborates on this cycle of Giving “ The Key to Giving is to stay open to receiving”

If there is any world which is murkier, tougher and more complex than the Corporate world, it must be the world of Politics, of Governance. Let’s go to the pristine land of Bhutan, which I have alluded to in an earlier article (the concept of Gross National Happiness). The fourth Dragon King of Bhutan, who ruled over Bhutan for 34 years and strengthened the country’s sovereignity and laid a strong foundation of nationhood, made a strange historic announcement during the National day celebrations in 2006, at the peak of his popularity (he continues to enjoy immense popularity amongst all), that he would devolve power and introduce parliamentary democracy. In other words, he gave up power (Monarchy) so that the Bhutanese people could go to polls to elect a Government.

Why was it strange? Because the people urged King Jigme Khesar Namgyel Wangchuk  not to hand over power to them – they trusted him more than themselves. But the King went ahead anyway with the elections, a New Prime Minister was announced and the new constitution includes a provision for the National Assembly to initiate a vote of no-confidence against the King by a one third majority.

How did this help? This act of Giving Leadership has taken the country many steps ahead to global relevance and importance. Only one example being seen in a 2002 UN General Assembly resolution, which empowered this tiny, land locked country to enlighten the world to adopt happiness as a key component of a nation’s economy. And the King is hailed as an international Leader of eminence.

All the above examples finally throw light on Martin Luther King Jr’s immortal words:
“Every man must decide whether he will walk in the light of creative altruism or in the darkness of destructive selfishness”.
This is the task of Leadership.

You don’t learn to walk by following rules. You learn by doing, and by falling over.