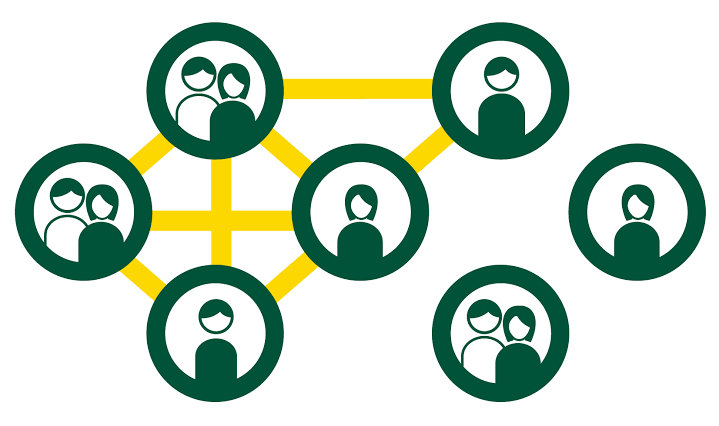 Some groups are more than the sum of their parts. They go beyond ‘performing’, beyond achieving financial targets, beyond balancing stakeholder needs.

Despite our best efforts to create perfect teams, a large number remain best on paper, an elite collection of IQs, track records, qualifications, agreeableness and inspiration, mostly as individuals. Others amalgamate to deliver profound impact. They appear to craft and refine a special type of relational capital, interacting with closeness, conflict and purpose. Reaching a ‘performing’ state is a not a desired end goal. There is always more. They coalesce to drive a larger agenda, running as thread between them, and only fully realised through their collective.

Relational capital, also known as social capital, is not built over-night. But it is increasingly badged as the secret sauce of transformative groups. So what is it? And are we already building it in our organisations?

Social capital refers to the functioning of social groups through interpersonal relationships. It is the shared sense of identity, understanding, norms, values, trust, cooperation and reciprocity within a group. It may seem that we already invest in building this kind of interaction with teams. Yet if we unpack what makes some groups exceptional at problem-solving and innovation, drawing on the work of Daniel Coyle, we note that highly successful groups are underwritten by efforts in three critical areas:

Are we explicitly tacking these kinds of issues in our work with teams? I would argue that in many ways, we are only touching the tip of the relational capital iceberg. It is certainly more fashionable to question, although we are still accepting and building the skills to do so, and the skills to speak up. Think of the continuum emerging from the radical candor of Kim Scott, moving right along to Ray Dalio’s radical truth and transparency. These are far from ‘the way things get done around here’ in most organizations, especially large legacy ones.

Margaret Heffernan insists that for good ideas and true innovation, human interaction is necessary, but it is not a measured, ‘objective’ roundtable debate of consensus seeking. Conflict and argument are essential, she notes, between motivated people who share bonds of loyalty and trust. Suddenly the ‘as is’ state starts digress significantly from the ‘want to be’. Very few leaders intentionally create conflict and argument at work. In the face of conflict, most shy away or manage down. We do not trust much at work either. The gap seems big.

But investing in building relational or social capital as a ‘want to be’ state is likely to pay high dividends. At the most human level, as pressure intensifies, leaders and their teams are already fraying under the toxic pressure to deliver and to go beyond. Performing teams will need to go beyond, without burning out. Relational capital is the currency to shore up when chasing broader, transformative or game changing ambitions.

Thanks to the work of people such as Margaret Heffernan and Daniel Colye, we have a much richer understanding of the principles at play. The skills of highly successful groups are not predestined, they can be built, and many of them are ready to apply in our work with groups.

Learn everything you can, anytime you can, from anyone you can, – there will always come and time when you will be grateful you did.