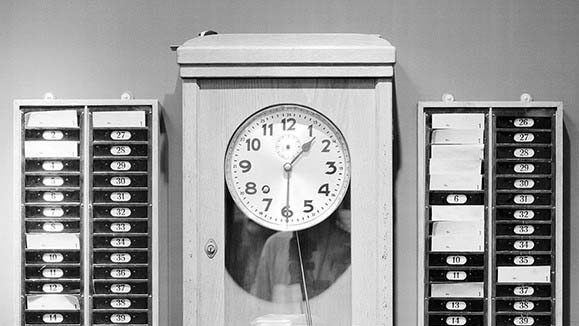 When Less May be More

Now this is the life. For two months, a financial services firm cut its workweek to four eight-hour days but paid for five days—and invited university researchers to study the impact on performance. Very quickly, the results became clear: workers showed up on time and creativity burgeoned. Productivity rose 20 percent. The policy became permanent.

To many, it may sound too good to be true—except it was a reality last summer for the staff of 240 at the New Zealand-based firm Perpetual Guardian, spurring a buzz of headlines and at least some uncomfortableness for managers elsewhere whose employees saw the news.

Of course, debates over workweek hours are as old as … the workweek. But the idea is being toyed with at a smattering of firms as far as Sweden and Germany—and even trickling over to America, home of the free yet notoriously overworked. For six months out of the year, tech company Basecamp sanctions a 32-hour workweek, while outdoor gear retailer Patagonia gives workers every other Friday off and the freedom to set their own hours. Amazon is exploring shorter shifts, too.

Interestingly, the sports world is providing some of the best evidence that these types of changes may help. Professional athletes have their training schedules down to a science—literally. Through exhaustive, sport-specific trial and error, experts have identified exactly how many hours of practice to put in, what times of day to train, and the delicate art of active recovery. Meanwhile, coaches and trainers are ceaselessly tweaking those schedules to yield just a tiny bit more productivity.

This degree of scientific rigor hasn’t quite reached the corporate world—in some cases for good reason. After all, the traditional 9-to-5 workday is surely a necessity at many firms, such as those that must match key production deadlines or find agreement among thousands. But as Laura Vanderkam, author of Off the Clock: Feel Less Busy While Getting More Done, puts it, “Forcing people into the same mold is convenient, but it’s not getting the best work out of people.”

What’s more, there are industries that believe longer hours are the way to stay ahead in the global economy. Indeed, some technology companies in Asia have recently endorsed the so-called “996” system—working 9 a.m. to 9 p.m., six days a week.

Still, numerous studies have suggested that knowledge workers—those who rely primarily on cognitive capacity—are really only productive for about three hours a day. As time stacks up, output plummets and errors multiply. When we’re burned out, writes performance psychology expert K. Anders Ericsson in his book Peak: Secrets from the New Science of Expertise, is when bad habits creep in. People gossip, surf social media, look for new jobs. Cutting hours but not expectations forces employees to account for their time, eliminate distractions, and create good work habits. The more time they spend away from the screen, the more focused they are the next day. As any athlete will testify, recovery is as essential as effort.

In 2016, a team of researchers from Australia and Japan studied the impacts of shorter versus longer workweeks on the cognitive function of more than 6,000 men and women. They found a 25-hour workweek led to peak performance. Putting in more than 55 hours a week and not working at all were most detrimental to cognitive ability.

If performance isn’t incentive enough, flexible scheduling is an increasingly valuable negotiating chip. In fact, says Vanderkam, “younger workers view flexibility as the opening bid.” That’s hardly anything for companies trying to retain talent in an age of record low unemployment to ignore, says Evelyn Orr, chief operating officer of the Korn Ferry Institute. Forcing employees to work at set times on set days could ultimately hurt the bottom line. “The limiting factor for growth is talent,” she says.

When Congress held hearings in the late 1800s about proposed restrictions to work hours, employers used words like disastrous and catastrophic. Yet the economy didn’t plummet with the 10-hour workday. “The first effect is labor costs are going to go down,” says John Pencavel, a labor economics professor at Stanford University and author of Diminishing Returns at Work: The Consequences of Long Working Hours. “Maybe output will fall precipitously, but in that case then go back to a longer workweek. Why not experiment?”