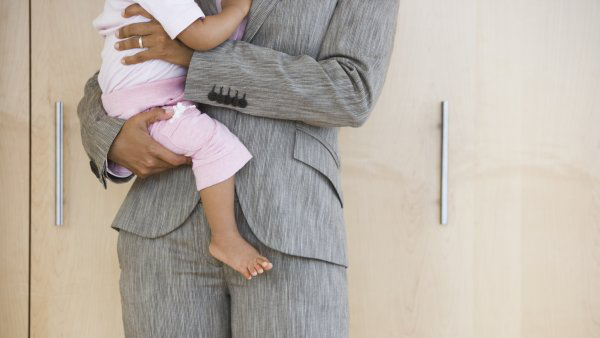 Where are the women we’ve been waiting for?

It was in 2018 that I finally decided I had to explore the concept of women in the workplace further. Since the time when my children began primary school – around 2011 – I had begun to notice them:  women of all races and backgrounds, walking casually towards the primary school classrooms in their gym clothes or other mommy-wear. Most of them were usually very cheerful and either smiled or waved at me as I rushed back to the car after dropping off my son. In contrast to their mindful promenade, I would be half-walking and half-running, gathering up as much calm determination as I would need to face the traffic on my 45-minute journey to the office.

After seeing them for months, I began to wonder about these women. Why weren’t they rushing off to the office as I was? They couldn’t all be expats whose husbands had been posted to another new country, forbidding them participation in economic activities.

On the rare occasion that I managed to get away from the office early enough to make soccer practice, there they were again. This time they were dressed in beautiful casual clothing, looking like they had not a care in the world. So, I finally bit the bullet and decided to strike up conversations, and before long I began to hear all their stories.

I heard about the successful careers that had ended somewhat abruptly when pregnancies had been discovered or new businesses had been birthed.  Some of these wonderful women had reached senior management positions and were once vice presidents in banks, accounting firms, law firms and other blue-chip corporates and it seemed that many corporate fairy tales could suffer a similar fate.

These women shared with me their journeys of completing university or college studies and embarking on the careers of their dreams. With the hope of climbing up that once-enviable corporate ladder and for some, the hope of a corner office was accompanied by the dual ambition of living the south African dream in which the day would end with a return to picket-fenced suburbia to play mother and homemaker after 17h00. For some the dream was slightly different, where the corner office really wasn’t part of the dream but the hope of a successful professional career on the one hand balanced by a beautiful family life to create the ultimate fulfilment on the other.

So how did we end up here I asked? Pushing prams through beautiful suburban parks at 10h00, chasing toddlers around the house and changing approximately six nappies per day, planning menus, playdates and driving as many as six times between home and the school on some days not to mention the taxiing that took place to and from soccer, ballet, piano and drama at least three times per week! Phew! I felt tired just listening to it all.

Back to 2018, when I finally decided I had to get a better understanding of this phenomenon. I had read about the opt-out generation in the US which made news in the early 2000s and I wondered whether this had become a ‘thing’ in South Africa too. Without over-thinking it, I put together a survey and sent it out to all the women who were in my sphere and community at the time and this is what I discovered:

Only 64% of these women believed that they had fully utilised their highest qualification.

What I found most interesting was the fact that very few of these women had completely checked out of economic activity. Of the 80 women surveyed, 39 had established their own businesses and the remainder was either employed part-time or were working reduced hours. New occupations included teaching/lecturing, consulting, coaching, dressmaking and were largely work-from-home arrangements.

When it came to identifying the disadvantages of their new occupations, women identified lower remuneration, diminished cash-flow, working longer hours despite the flexibility and the emotional demands of running and owning a business. Other disadvantages identified were the sense of isolation that comes from working from home as well as ‘the perceptions that family members or friends may have that I am available at all times of the day’.

I asked the women what advice they would give to organisational leaders and this is what they had to say:

Invest in the following:

Everyone agreed that companies should embrace gender diversity and realise that ‘women should not have to act like men to be recognised and promoted.

Finally, I asked the women what advice they would have to offer to younger women entering the workplace. This is what they had to say:

When preparing for a career:

When you are in the workplace:

Most of the women surveyed had experienced between one and three career transitions to date. Some had even had up to four or five:

As a professional coach, I was also interested to find out how many of these women had consulted a coach during the time of transition. The survey showed that only 16 of the 80 women took advantage of this professional service.

Some general advice from the surveyed women to younger up and coming women emerged:

After this process, I was left pondering upon how careers have evolved since the days of our parents who served for up to 30 and 40 years and essentially held one career for the duration of their adult lives. Have careers become seasonal and the transitions easier to execute? And more importantly for me, I wondered what organisational leaders are doing to retain these highly skilled women in the workplace? So much is written on the absence of women in certain occupations as well as generally in senior level positions. It seems many of these missing skills are alive and well in the park, on the soccer field, at ballet practice and in the household. What is your organisation willing to do to change this?

Published in The Future of Work and Wellbeing

CEO & co-founder Fhatuella Strategic Solutions Having held various positions (to executive level) in corporate and state-owned S.A., Valerie has obtained expertise in the field of human resources development with a particular focus on leadership & executive coaching and mentoring. Valerie is passionately motivated to partnering with organisations for the purpose of growing and equipping individuals and teams with the skills to understand and manage self, lead and inspire others and productively execute work towards the achievement of organisational strategy. She is involved in various forms of coaching including executive coaching, performance coaching, leadership coaching and conflict coaching. Valerie has a unique approach to facilitation which engages delegates of all employment levels