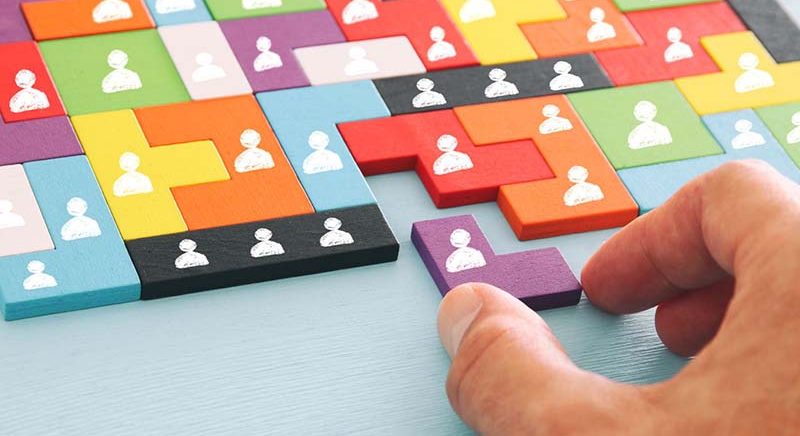 Working in a Matrix

Matrix organisations have been around since the 1950’s in response to complicated projects.  The aerospace industry in the US found that the projects they were working on, were complicated and that the traditional hierarchy of management didn’t help solve their problems.  They were the first to adopt a matrix approach – where many multi-disciplinary teams have various reporting lines to one another.  Since then, the matrix has been adopted by many big organisations when they are facing complexity, silo-mentality or a change in strategic direction.

Many organisations have implemented matrix structures when they needed to do more with less, when they need to leverage scarce resources across the organisation or when their external environment changes dramatically e.g. a new competitor entering, or legal limitations placed on trading.

The benefits of matrix structures are many.  First off, because some people might have two reporting lines, there is an attraction to favour one relationship over the other – usually the manager who decides on your career advancement.  But in a matrix, there may not be “dotted lines” indicating that every relationship is equally important.  This approach will ensure that the perceived importance of the relationship does not lead people to make the incorrect decisions for the output or the organisation.

Working in this way allows people to break down silo’s more easily.  Silo’s are almost a given in organisations where people feel the need to protect their “turf” and compete internally.  However, in a matrix organisation people from various disciplines are aligned to the same goal therefore making it easier to collaborate rather than compete.  This has the added advantage that people focus their energy and time on the outcome to be achieved rather than on infighting.  Integration is achieved more easily and for the good of the organisation.

When people feel that they are achieving something, it leads to a certain pride in a job well done.  This increase in morale can spur people on to perform better.

Because of increased reach and influence through a matrix organisation, potential talent from other teams can be identified and recognised.  That means that instead of having a career path limited to the current discipline that the employee finds himself in, cross-disciplinary opportunities can be recognised.  There are many ways to the top, and a matrix increases the opportunity.

However, people will be people and power struggles in matrix structures (as in traditional structures) do happen.  This is more common when roles and responsibilities have not been clearly defined.

A common criticism of matrix organisations is that it takes too long to make decisions and that communication is slow and tedious.  Again, having clearly defined processes for who makes decisions at what level, and which type of communication gets distributed in which way and how often can help to alleviate this issue.

Sometimes people blame the other side for problems and avoid taking responsibility.  This behaviour leads to anxiety and distrust, making it difficult for people to work together.  In turn, there is the temptation to use the matrix as an excuse not to perform.

Specific skills are needed when working in a matrix organisation that might be slightly different from a traditional hierarchy.  Chief among these is the ability to influence.  Because the balance of power in a matrix is sometimes balanced (and sometimes not!) employees and managers find themselves in situations where they face conflicting priorities.  The two managers that you report to disagree about how important a specific task is, or what resources should be allocated.  As the “man in the middle” this impacts on your ability to achieve.  Being able to influence one or the other will be a key skill to ensure that the impasse is resolved.

It is critical to have an “organisational” mindset rather than a departmental mindset.  Matrices are designed to have the best of the organisation at its heart, and sometimes that is in conflict with what’s right for a specific department.  The ability to hold the bigger picture as the yardstick when making decisions will stand employees in good stead.

Matrix organisations include making trade-offs.  Employees need to be able to collaborate meaningfully for the good of the outcome.  This cooperation is key to achieving shared goals and involves being flexible to make decisions and trade-offs.

Being successful is dependent on the quality and strength of relationships.  Building relationships, and maintaining them, is a key skill for workers in a matrix.  That means being able to show empathy, find common ground, create trust and foster a long-term working relationship.

Finally, a customer-focus is at the heart of what it takes to make a matrix work.  Knowing what is important to the customer and keeping that in mind when working with others will ensure that the right decisions are taken for the right reasons.  This can do a lot to manage politics and power-mongering in the structure.

Everyone is my teacher. Some I seek. Some I subconsciously attract. Often I learn simply by observing others. Some may be completely unaware that I’m learning from them, yet I bow deeply in gratitude.