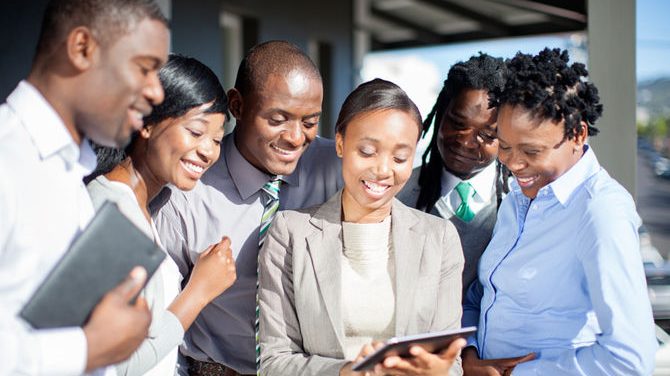 Africa has every reason to puff out its chest

Africa has every reason to proudly puff out its chest – one of its own is on the 2016 Forbes list of the world’s 100 most powerful women. Angela Merkel is ranked first, Hilary Clinton 2nd, and Nigerian businesswomen, Folrunsho Alakija is ranked 80th.

Alakija’s Facebook page shares the following information: “I am a wife, mother, grandmother, philanthropist with a sincere desire to help the needy, a businesswoman, a Minister of God’s word and a fashion icon.” Alakija has over 37 000 followers on Facebook.

Her story is truly inspirational and should inspire millions of young women not only in Africa, but globally to work hard, take risks, and realise their dreams. Alakija completed a diploma in Secretarial Studies; she then studied fashion design in London at the Central School of Fashion. On her return to Nigeria, she worked as an executive secretary at Sijuade Enterprises; this was followed by a stint at First National Bank of Chicago.

Entrepreneurial success always requires some risk-taking and a leap of faith. Alakija left her position at the bank and established Supreme Stiches, a tailoring company which eventually became Rose of Sharon House of Fashion.  She then went on to make a fortune when she was awarded an oil prospecting license.

Alakija did not go to university; she always insists that a formal education is not a prerequisite for success. She says a university degree improves one’s prospects, but nothing beats hard work and persistence.

Angela Merkel, Germany’s first female Chancellor, by contrast, has a doctorate in Physics from the University of Leipzig. Her net worth is US$11.5 million. Hilary Clinton on the other hand, majored in political science at Wesley College and completed her postgraduate studies at Yale Law School. Her net worth is US$31.3 million. Both women are known to be hard workers and very persistent.

Africa needs strong women leaders in the political sphere; it also needs entrepreneurs. One thing is very clear – if we mentor young women and encourage them to work hard, believe in themselves, set ambitious goals, be bold and take risks, more women in Africa will make it onto Forbes’ annual list of the world’s most powerful women.

Do not judge me by my successes, judge me by how many times I fell down and got back up again.