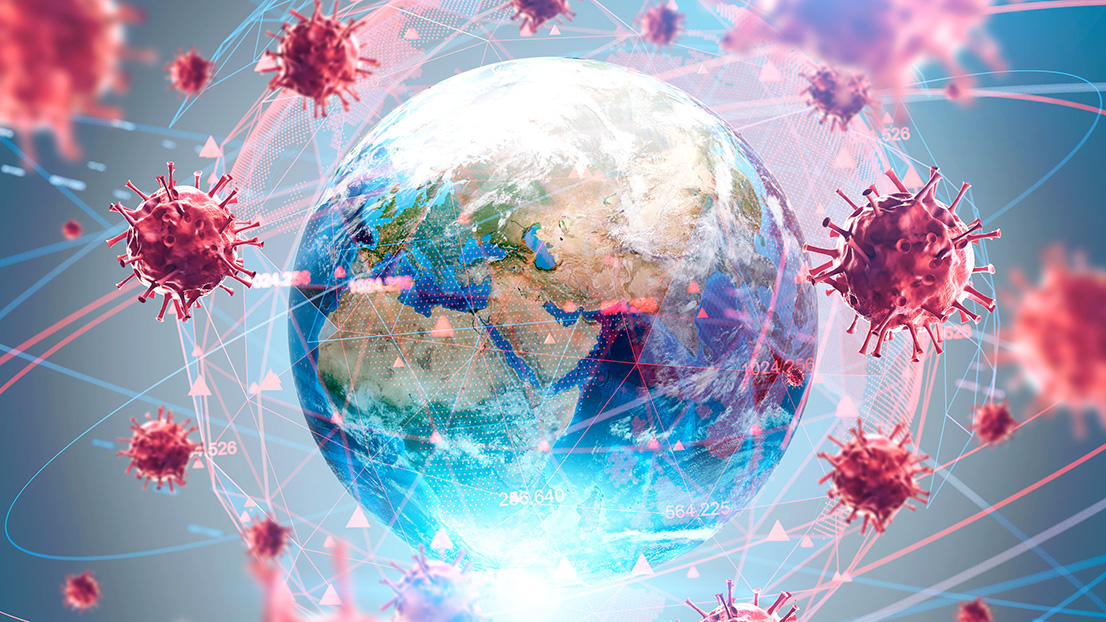 The word Covid reminds me of the prolific poet Ovid.

Publius Ovidius Naso, more commonly known to history as Ovid (43 BCE – 17 CE), was one of the most productive writers of the early Roman Empire. His works of poetry, largely authored as elegiac couplets, influenced many great authors throughout history. These include greats such as Milton, Dante, Shakespeare, and Goethe. Although loved by the people of Rome, he made the tragic mistake of angering Emperor Augustus, and ended up spending the remainder of his life in exile. But even during this period, he was able to churn out some more poetry of a high order.

His most famous work, however as known to us today, is Metamorphoses, 15 volumes consisting of tales, garnered from classical and Near Eastern myths and legends. These followed a chronology from the creation of the world, to the death of Caesar. An epic poem, it spoke not only of humanity’s relationship with the Gods but also of heroes such as Perseus, Theseus and Achilles. As his work covered a whole gamut of situations, emotions, trials and tribulations, it is no wonder that some of his perspicacious quotes ring so true today.

“Take rest; a field that has rested gives a beautiful crop.”
“Time, thou devourer of all things….”
“Habits change into character.”

How do we reconcile these three quotes? Rest, here, does not denote sleep or laziness or inertia but a pause for renewal, a break for rejuvenation. Covid and its fall out, in terms of the lockdowns across the world, as well as “work from home” injunctions, provided us with this pause. Not just from work but from our self imposed gruelling lifestyles. How we use this ‘rest’ to form new and useful habits, will determine ‘our character’ ahead.

Whether in eastern mythology or in Greek and Roman legends, which Ovid chronicled, a common feature distinctly flowed through which we shall call, ‘A Hero’s Journey’. These journeys are characteristically arduous and we shall consider one of these Heroes:

The story of Hercules is one of courage and valour. The 12 labours of Hercules are a stand in point.

Hercules is called Heracles in Greek mythology and Hercules in Roman legends. A little background first – He was the son of Zeus, the king of Gods, and a mortal woman named Alcmene. Hera, the wife of Zeus, hated Hercules and always tried to harm him. She was so hateful that when he was just a baby, she sent two snakes to kill him in his cot. But Hercules killed the snakes instead.

In her hatefulness, Hera continued to persecute Hercules all his life. Hercules killed his wife and children owing to a fit of madness brought about by Hera. When he recovered, he was overcome with turmoil and guilt. So he asked the Oracle of Delphi how he should  gain forgiveness. The oracle told him to serve his cousin Eurystheus, king of Tiryns and Mycenae. Eurystheus too abhorred Hercules (heroes make the powerful insecure) and did his best to get him killed. Eurystheus set 12 difficult tasks for him which are known as the 12 labours of Hercules. Let’s see what these Labors were and study one of them closely:

To kill the Nemean Lion,
To eliminate the Lernaean Hydra,
To capture the Ceryneian Hind,
To capture the Erymanthian Boar,
To clean the stables of Augeas in one day,
To kill the Stymphalian Birds,
To incarcerate the Cretan Bull,
To appropriate the Mares of Diomedes,
To steal the girdle of the queen of the Amazons, Hippolyta, and,
To steal the cattle of the monster Geryon

Upon finishing the tenth labour, Eurystheus told  Hercules that he considered two of the labours invalid; so, two more labours had to be completed. These were even more challenging.

To steal the Hesperidean Apples,

To capture Cerberus, guardian of the Underworld

One of these Labours involved a monster of Covid proportions! Labour two: slaying the Lernaean Hydra –

The Lernaean Hydra was a fearsome monster that lived in the swamp of the lake Lerna. Having been specifically raised by Hera to kill Hercules, the Hydra had nine heads, one of which was immortal and the rest were mortal.  This conquest was particularly difficult as the swamp was covered in a poisonous mist. So upon his arrival, Hercules put a cloth on his mouth and nose. Then, to lure the Hydra out of its lair, the hero shot flaming arrows, achieving his intent. However, when he chopped one of the Hydra’s heads, he realised in horror that two new heads would spring back. Each time he struck and chopped a head, there would be two new heads. In other words, the monster kept growing. He felt dismayed, but he did not give up. He realized he needed help…

He asked for the assistance of his nephew, Iolaus. Iolaus, probably advised by the goddess Athena who favoured the courage of Hercules, came up with an idea and put it in action – as soon as Hercules would chop one of the monster’s heads, Iolaus would cauterise the stump with a firebrand. The plan was successful;  and no more heads would appear.  Thus Hercules was able to chop off each of the heads now, one after the other. The story does not end here.

Hera, angry that her side was losing the battle, sent a huge crab to distract Hercules, which he simply squashed under his foot. When it was time for the immortal head to be cut off, Hercules took a golden sword that Athena gave him, and using the same technique (as earlier), he managed to finally kill the monster Hydra.

No story of a Hero is without adversity and no adversity is without its lessons. After all, adversity builds character. The primary take away from this story is that to both survive and to win, the Hero needs to adapt, think on one’s feet, respond and tackle the circumstances. Every such story shows that the protagonist is a living laboratory of adaptability!

Lessons from Hercules for Organizations

What else can organizations learn from Hercules and this story to build Adaptability?

My friend Prakash Iyer, a former CEO, and also a renowned Speaker and Author, recently wrote about “The Bridge on the River Choluteca”, which has gone viral. The article points to a long bridge over river Choluteca in Honduras of Central America, a marvel of modern engineering, and more importantly because it became a matter of great pride, for it was designed to withstand the most powerful forces of nature. And that it did, when Hurricane Mitch hit Honduras. While the resultant damage destroyed much, the bridge stood unshaken! But the river had changed its course from under the bridge to besides the bridge – away from what the bridge was originally flowing over. Prakash uses this example as a powerful lesson for unpredictable change which is becoming the order of the day. Pause, Re-think, Adapt, declares this article. Aptly put….and as many readers would ask, we too ought to reflect – How?

What Nature Teaches us

Adaptability of the organization comes from individual adaptability of its workforce. What can each team member do? Adaptability is one of the primary features of Nature itself. Having had a lot of added times during this lockdown, I had much opportunity to study Nature. In fact many major cities across the world reported much cleaner air, higher visibility, clearer skies, and that helped my endeavour too.

Here are some of the lessons captured:

When I inquired of my colleagues and friends, how they had utilized their “exile”, what they shared closely resembled the above list, when I re – arranged the items

Isn’t it amazing that what we were pushed to learn in these Covid times were identical to what Nature was showing us all the time?

In other words, the crisis presented people with tremendous portals of self discovery – that’s what Mother Nature wants us to grasp. Much like Hercules did during the course of his 12 Labours. We are inevitably shaped by how we respond to twists of fate and shifts in circumstances.  Let’s learn during Covid times and more importantly, from Covid times – this pause should make for a stronger workforce, and  humankind! Remember what Ovid said “a field that has rested gives a beautiful crop!”

Published in Authentic Leadership and Wellbeing