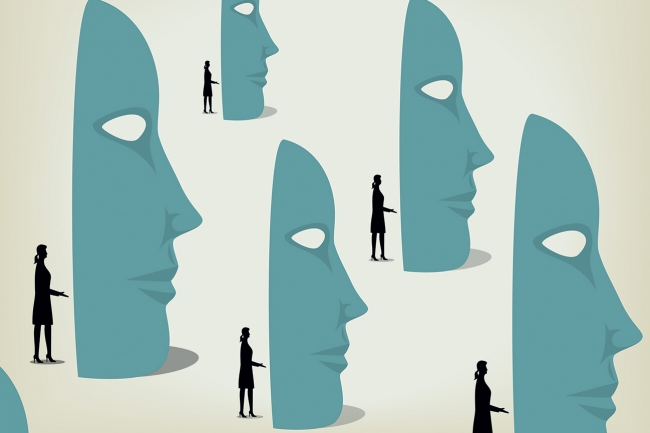 How Imposter Syndrome is stealing from your well of talent

Have you ever felt distressed after recognition or a promotion, because some part of you thinks you just got lucky and didn’t really deserve it? The balloons have been released, there’s confetti everywhere, everyone is smiling and clapping and you’re just…anxious. Or have you ever downplayed an achievement, because in the back of your mind you’re sure there was a mistake and they’re going to take it back? Me too. In fact, many ambitious professionals around the world have this internal struggle, and it’s referred to as Imposter Syndrome.

Imposter Syndrome is the phenomenon where generally high-achieving individuals feel intellectually fraudulent, despite all evidence to the contrary, and have a resultant fear of being ‘found out’ as an imposter. Yes, just like in those spoof movies where someone pulls off a silicon face mask to reveal an imposter – “A-HA!”.

Much has been written about this feeling, which most people have experienced to some extent at some point in their lives. I’d like to reflect on two specific aspects of Imposter Syndrome in the South African workplace – specifically, the significant cost in terms of talent/human capital, as well as how imposter syndrome intersects with being an underrepresented group in corporate SA.

Not enough credit is given to the Two female originators of the term, (Pauline Clance & Suzanne Immes), and so I’ll present the definition of Imposter Syndrome in their own words:

“Despite outstanding academic & professional accomplishments, [people] who experience imposter phenomenon persist in believing that they are not really that bright and have fooled everyone who thinks otherwise. Numerous achievements, which one might expect to provide ample objective evidence of superior intellectual functioning, do not appear to affect the imposter syndrome.”

This is of vital importance for top employers who aim to recruit the very best talent, to be able to identify it and see how the syndrome is probably already playing out in your organisation. It presents itself in four main ways: anxiety, self-doubt, depression and perfectionism. These symptoms are broad, and not everyone who feels like an imposter will experience them all. What matters is how these realities of Imposter Syndrome affect your organisation.

Imposter Syndrome gets in the way of being able to show up for work as your full self, contribute ideas in meetings, put your hand up for stretch opportunities, or take risks which may lead to exciting innovations. You see, imposters don’t want to get caught, they want to hide.

You might be asking yourself about the cruel irony of being able to be a high achiever and be hiding at the same time – the phenomenon takes many forms which are celebrated in our current work culture but are actually toxic. It can look like workaholism, which hides in plain sight as “high performance”, but is masking a fear that they’re not working hard enough even though they’re outworking everyone on the floor. It can be perfectionism, which hides as “a keen eye for detail”, but is masking the fear that they are not good enough and can’t afford to make a mistake.

My hope is that these reflections can help managers & leaders to develop appropriate support systems and behaviours. I’ll give the example of one of the best bosses I’ve ever had – I had been performing well on an exciting project which was at the sweet spot of my strengths and interests, & this principal deliberately set opportunities for me to grow those strengths and deepen those interests. Sounds perfect, right? Well, a few weeks down the line we had a team reshuffle which meant that I needed to give the new team members the download on the client environment and what we were solving for. I was given my own full work stream for the first time and, from the outside, things looked great.

My principal noticed that, even though the work was getting done, I had been a bit withdrawn over time and was contributing less in meetings. He was right, my internal dialogue had changed from “We’re changing the world!” to “Oh man, any day now they’ll see that I’m in over my head and don’t deserve to be here.” Same person, same accomplishments, same potential – vastly different energy and talent contribution. After a powerful coaching conversation, his advice to me was to take up more space and “put my elbows out” because the team needed my ideas, contributions and experiences.

I’ve since learnt that this was also related to how the change in language over time from “you have a talent” to “you are talent(ed)”, particularly for high achievers, has meant that we internalise our successes and failures more strongly. Rather than seeing talent as something you have, contribute and are able to develop, we see it as part of our core identity. While I don’t always get it right (especially when things are going well), understanding the importance of separating my talent & my identity has helped me fight imposter syndrome more effectively.

The other powerful tool I heard from a TED talk really reminded me of something my late grandmother would say, “So by being afraid of being found out, are you saying that all of us who believe in you are so stupid that we wouldn’t realise if you were incompetent?” Strong words, yes, but they help to put into context having someone senior in the organisation who can affirm you about your strengths and the potential they see in you.

My story isn’t a unique one, particularly in the South African workplace as a black millennial woman. This leads us to the question of how imposter syndrome manifests for underrepresented groups along all axes of inclusion (gender, race, age, economic status, sexual orientation, physical & mental ability, for example). In a New York Times article perfectly titled “Dealing with Imposter Syndrome when you’re treated as an Imposter”, the author demonstrates that it’s normal for most people to feel like imposters at some point, but that the extent and impact on underrepresented groups is magnified.

This is because companies being slow to transform already have young black professionals feeling like outsiders, where indeed they had previously been actively excluded. In the case of black South Africans in particular, this is exacerbated by the quota idea – the accusation that a person didn’t actually earn their accomplishments, but instead were given them for the colour of their skin.

The little-acknowledged point is that many brilliant, accomplished young black professionals already don’t feel like they belong, are inappropriately accused of not belonging, and then carry the additional intellectual and emotional burden of themselves feeling like someone’s going to find them out. Add to that the fact that because they’re most likely one of a few of their group, they have the pressure of being standard-bearers for their group.

All of this internal dialogue is pretty heavy and can feel like an impossible weight. So what’s to be done about it? An immediate way to alleviate some of that burden is to normalise conversation around imposter syndrome. Having it as part of the lexicon of the organisation makes it far easier to reach out for specific support. Success in being able to make full use of mentors is knowing how to name what you’re going through, so you can receive targeted guidance. A few more ideas:

Lerato is a talent strategist and speaker, with a keen interest in the multi-dimensional aspects of Inclusion in the workplace, such as generational, racial and gender dynamics. Her company, Regent Career Architects, provides insights to organisations interested in attracting, retaining, developing and advancing diverse talent. Regent also provides training and facilitation solutions in leadership and talent development. Lerato is energised by coaching individuals to design career strategies that honour their unique strengths.